Where was God during the Holocaust? No human being can answer that question, but there are a number of interpretations. In this column, Rabbi Ari Enkin, rabbinical director of United with Israel, discusses a few. 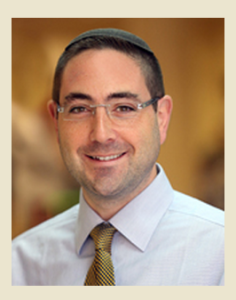 Rabbi Ari Enkin discusses – but would never attempt to answer – the famous question: Where was God during the Holocaust?

Jews worldwide are now observing Yom Hashoah, Holocaust Remembrance Day. During these 24 hours, Israel will be filled with memorial services of all kinds in order to remember the six million victims of Nazi Germany’s war against the Jewish people. Places of entertainment are closed, Israeli television broadcasts only Holocaust-related programming and radios play sobering music. Flags on public buildings are flown at half mast.

Yom Hashoah became an official Israeli observance in 1953 when it was signed into law by then Prime Minister David Ben Gurion. The English date changes somewhat every year, as Yom Hashoah was set according to the Jewish calendar: the 27th of Nissan. This day was chosen because it was the day of the Warsaw ghetto uprising. The day’s ceremonies open in Yad Vashem in Jerusalem with the lighting of the six torches, representing the Six Million.

As a rabbi, I am often asked: “Why did God allow the Holocaust to happen?” My response is often that although we will never know the answer, it is important to ask the question. Even the great Prophets of Israel could not understand why God does some of the things He does or even allows to happen.

If the Prophets Did Not Know, How Can We?

To quote the prophet Habakuk (Chapter 1, verse 3): “Why do you allow violence, lawlessness, crime and cruelty to spread everywhere?” If the prophets did not know, how can we? But so, too, if the prophets are entitled to ask the question, so are we.

Nevertheless, a number of theological interpretations and approaches to the Holocaust have been offered by rabbis across the spectrum of Judaism. One of the most prominent voices in the Orthodox world was that of the late Rabbi Menachem Schneerson (1902-1994), also known as the Lubavitcher Rebbe.

Rabbi Schneerson categorically rejected the idea that the Holocaust was some sort of Divine punishment. He was of the opinion that it was a decree from God that cannot be fathomed by mankind. 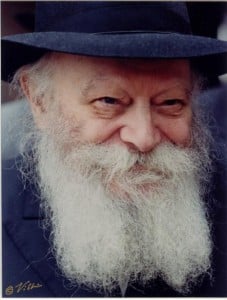 What greater conceit and what greater heartlessness can there be than to give a ‘reason’ for the death and torture of millions of innocent men, women and children? Can we presume to assume that an explanation small enough to fit inside the finite bounds of human reason can explain a horror of such magnitude? We can only concede that there are things that lie beyond the finite ken of the human mind. It is not my task to justify God on this. Only God Himself can answer for what He allowed it to happen. And the only answer we will accept is the immediate and complete Redemption that will forever banish evil from the face of the earth and bring to light the intrinsic goodness and perfection of God’s creation…There is absolutely no rationalistic explanation for the Holocaust except for the fact that it was a Divine decree… why it happened is above human comprehension – but it is definitely not because of punishment for sin. On the contrary: All those who were murdered in the Holocaust are called Kedoshim – holy ones – since they were murdered in sanctification of God’s name…”

So where was God during the Holocaust? He was probably right there alongside the victims weeping as he saw how evil His creations could be. We want free will, and He gave it to us! God did not allow the Holocaust to happen – mankind did. As Rabbi Akiva said: “All is foreseen, yet free will is given.”

Perhaps it can be suggested that putting the blame on God might be comparable to a situation of a teenager who begs you to let him drive your car. Although he promises to be careful and responsible, he gets drunk and crashes the car, and then blames you for giving him the keys!

If we believe that humanity deserves free will and freedom of choice, then we must accept the consequences of mankind’s decisions, both good and bad. As Rabbi Schneerson said:

“In pre-war Europe, it was the German people who epitomized culture, scientific advancement and philosophic morality. And these very same people perpetrated the vilest atrocities known to human history!”

Let us conclude with the most famous Holocaust survivor of all time, Nobel Prize-winning writer and human-rights activist Elie Wiesel, who declared: “After the Holocaust I did not lose faith in God. I lost faith in mankind.”