Rally in Atlanta brings local community together in solidarity as barrages of rockets destroy Israeli cities.

Crowds of Jewish Americans and Israelis gathered Wednesday night in the parking lot across from Sandy Springs Performing Arts Center to rally for unity and peace in Israel amid barrages of rockets fired at Israeli civilians over the previous three days. The rally was organized by several community members with Americans United with Israel and Israeli-American Council organizations leading the charge in just a day, bringing about 300 people who filled an entire block. The rally began with the distribution of “Israel is Under Attack” and “I Stand with Israel” posters, Israeli flags and stickers.

“There is no excuse for this violent virus of hate that is spreading,” said Cheryl Dorchinsky, executive director of Americans United with Israel and the Atlanta Israel Coalition. She hosted and moderated the rally, inviting community leaders and public figures to support Israel after the worst fighting in that country between Palestinians and Israelis since 2014 intensified Monday night. 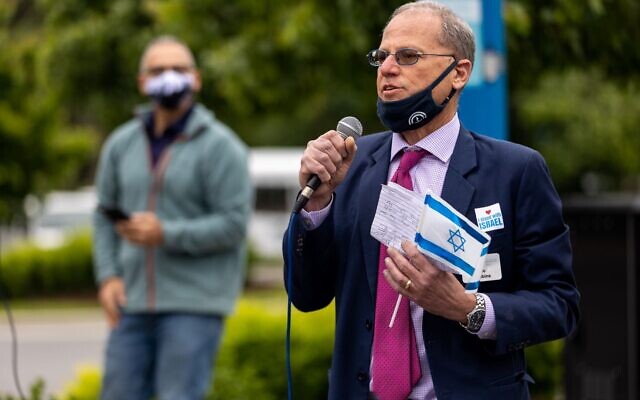 Photos by Nathan Posner // Eric Robbins, CEO of the Jewish Federation of Greater Atlanta, speaks to pro-Israel supporters at the rally.

That’s when militants in Gaza fired rockets at the Tel Aviv metro area, the southern city of Ashkelon and Israel’s main airport. At least seven Israelis have been killed in the air strikes and dozens wounded. More casualties were reported among Palestinians when Israel returned fire. The violence coincided with heightened religious observances, including the Muslim fasting month of Ramadan and Yom Yerushalayim, the day of Jerusalem. As reported by national and Israeli media, factors contributing to the violence included police measures around Jerusalem’s Old City and unrest in east Jerusalem, where dozens of Palestinians fear eviction.

At Wednesday’s gathering in Sandy Springs, Dorchinsky rallied, “Now it’s the time to speak out and [proclaim] that Israel has the right to defend itself today and every day!” To which those gathered responded with applause and whistles.While more people continued to arrive at the rally, Yoav Zilber, chair of the Israeli American Council in Atlanta and an Israeli native, took the stage and shared his anguish over the severe unrest in his city. He began his oration with a timer that reached 15 seconds as an implication of the time it takes for an Israeli civilian to reach shelter from the moment sirens blare. “Fifteen seconds is the time that a family from Ashdod has to scoop up their [sleeping] kids from bed in order to find shelter,” Zilber said. He added that his “sisters had to wake up five times last night and rush their kids into a safe room. No child, no elderly, no person has to live like that. No person should sleep inside a shelter.” 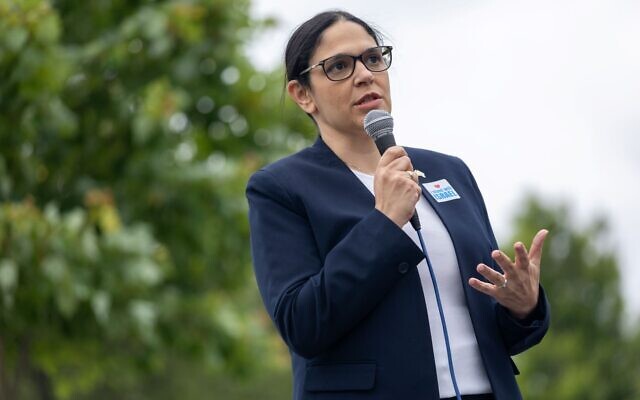 Both Zilber and Shaked Angel, IAC regional director, agreed that the purpose of the rally was not to take a political stance but rather stand behind Israel in solidarity and support. Angel told the AJT earlier in the day that aside from considerable support, American Jews should counter false information from social media and mainstream news. “Part of the reason we organized the rally so quickly is to avoid any counter-protestors.”The rain of rockets aimed at Israeli civilians from Gaza began after weeks of rising Israeli-Palestinian tension in East Jerusalem. It then escalated to a full operation by the Israel Defense Forces as a result of massive attack on Israelis and Arab civilians living inside the country. 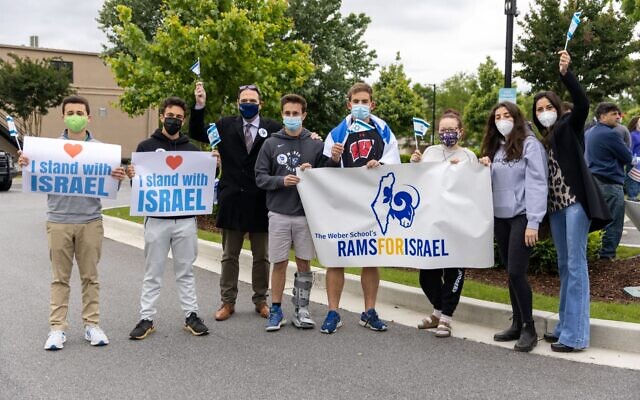 Photos by Nathan Posner // The Weber School’s pro-Israel group, Rams for Israel, at the rally in Sandy Springs, Ga. .

During Wednesday’s rally, Eric Robbins, president of the Jewish Federation of Greater Atlanta, expressed grief to the AJT over the rain of rockets that devastated Israel. “It’s sad that we have do to [this rally] but it speaks to the strength and organizations and resilience of our community to pull together.” 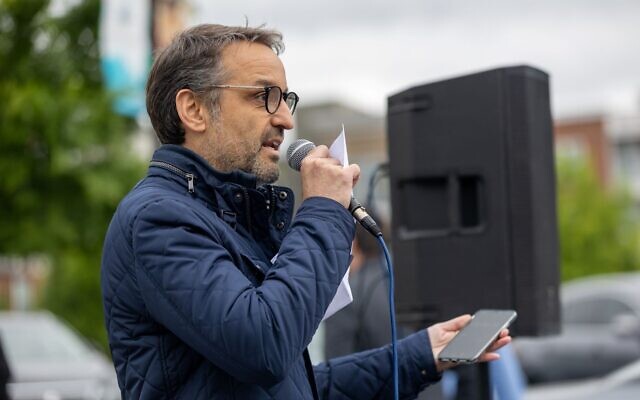 Photos by Nathan Posner // Yoav Zilber of the Israeli American Council in Atlanta speaks to the pro-Israel supporters. 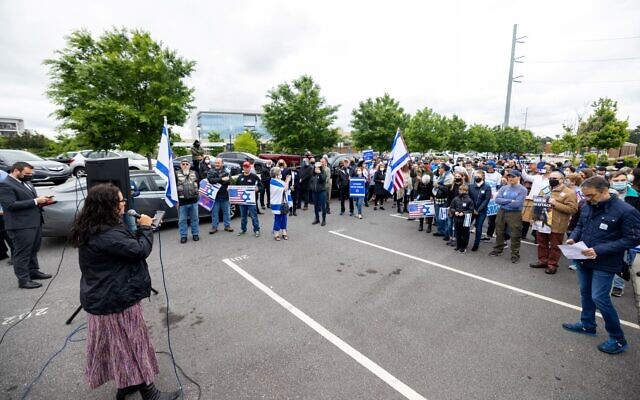 Photos by Nathan Posner // Cheryl Dorchinsky speaks at the rally in support of Israel.

Robbins also stressed the importance of community gatherings. “We are all hurting. We are all [sad] that we cannot be there for our family in distress. It [the rally] sends a message that we do stand with Israel and that we have a definitive strong connection to Israel and it’s a very strong obligation that we have.”

He emphasized the significance of showing local and national governments “our alliance, because we need to secure Israel.”
Anat Sultan-Dadon, Israel consul general to the Southeast, shared her agony at the rally about the Israel-Palestinian escalated conflict, the rising toll of dead and injured, cities destroyed and continuous terror frightening Israel.

“A 5-year-old died from intentional casualty in his own house, where a child is supposed to feel the safest. I think that this is mostly painful about Israel being targeted by a terror organization like Hamas, the Islamic Jihad, and other extreme organizations, who are committing a double war-crime and intentionally targeting Israeli civilians, while doing so from their own civilian population, using them as human shields.”

Sulton-Dadon also reminisced about the 1973 peace agreement and ended with the song of “Am Israel Chai” (the people of Israel live) as the crowd sang along. 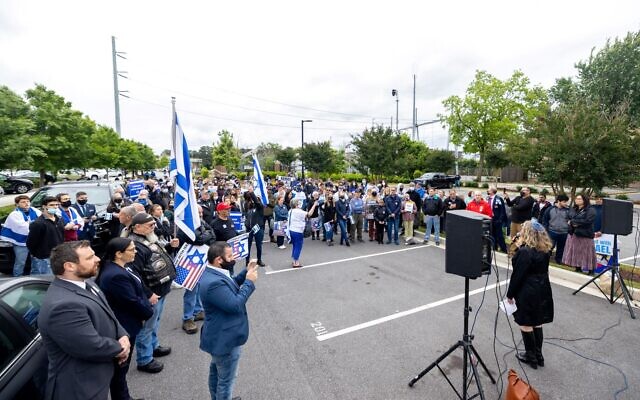 Photos by Nathan Posner // Rabbi Shuval-Weiner speaks at the rally in Sandy Springs May 12, 2021